I was just reading pearls of wisdom from those Norse Gods of retrieval medicine over at Scancrit.com...a nicely laid out blog with snippets and updates of interest to not just the prehospital doctor but anyone who is involved in anaesthesia and EM, whether in the tertiary centre or out in rural Australia.

In fact, this crisp blog is perhaps what this blog should be - a useful repository of medical information for use in an emergency at 3am. I reckon I'm quite a long way off target, but time will tell.
Anyway, this week’s snippet concerned the ‘Kepler’ robotic intubation system. Now I do think that robots are kind of cool...and it seems I am not alone in this, with the urology surgeons taking up the idea of robotic surgery with enthusiasm.

I am still not convinced that a robot is needed to intubate the trachea...but the ScanCrit docs tell me that they will soon be taking over my work on Kangaroo Island and ‘tele-tubing’ my patients for me from the remoteness of Norway.
More like teletubbies I reckon, but that’s another story...

But it is fair to say that anaesthetists, as a bunch, are ‘propellor heads’. They are the most likely to have an interest in gadgets. Maybe it comes from a training programme that seems to delve uncomfortably deep into concepts such as vaporiser design, laminar flow, Hufners constant and whether or not you can give halothane intravenously (turns out you can, perhaps)
Whatever, walk into any theatre and it will be the anaesthetist who has established a personal wi-fi hotspot so that his/her MacBook, iPhone and iPad can integrate seamlessly. As a rule anaesthetists worship at the altar of all things Apple and are as au fait with the ins-and-outs of Siri as they are with describing multicompartmental pharmacokinetic models of anaesthesia.

I managed to wind up one of the FANZCAs in NSW last year by convincing him that Steve Job’s last bequest to the world before he died was the imminently due iGas workstation, allowing anaesthetists to not only monitor their patient from the tea room using an iPad and wi-fi connection to the iGas anaesthetic machine, but also to have optional remifentanil module. I swear he came in his pants at the thought. Good thing I didn't mention the ultrasound connectivity...
In the spirit of keeping the anaesthetists happy, I have just stumbled across the following range of theatre caps - ideal for the tech-savvy anaesthetist who doesn't mind flaunting his or her knowledge. I wonder if they will catch on? 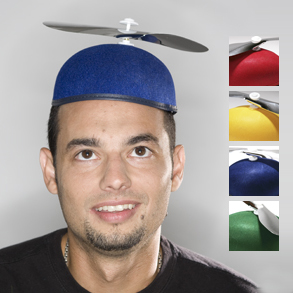 Of course, we all know it’s the orthopods who are really the smart ones.  The paper in the Christmas BMJ last year (‘As strong as an ox and amost twice as clever?’) caused some howls of anguish from the gas board who feared loss of the intellectual high ground. It’s not for nothing we refer to the blood-brain barrier.

Not me. Now whenever the orthopod growls about ‘too much/little blood pressure’ I have carte blanche to say “Well, you’re the clever one - you fix it” and go back to racking up high-scores on Angry Birds.